From November 5 to December 13, 2011
The sixth edition of the International Digital Miniprint Exhibition
The Transformed Body 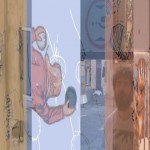 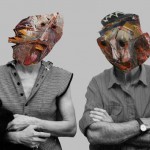 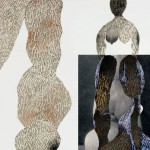 The theme, The Transformed Body, has inspired over forty artists who portrayed the human body by detaching themselves from the constraints imposed by society, creating images that have a unique style. Please note that three Desjardins prizes will be awarded by a panel of judges to the three artists whose work stands out because of its quality and originality. 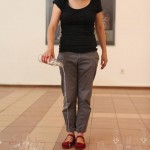 Sunday October 2, 2011 Rachel Echenberg gave a performance in which she attempted to portray the blind spots of perception. Drawing from the exhibition theme, The eye’s subconscious via digital pinhole photography, the artist presented a collage of live images, a slip between the visible and experiential. The performance was part of Viva! Art Action and took place thanks to a collaboration with AGAVF.

The first edition of its Digital Pinhole Photography Triennial : 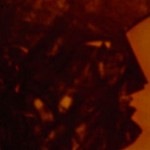 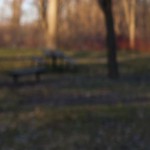 The curator, André Paquin, , has worked closely with 15 artists to put together The eye’s subconscious via digital pinhole photography, an exhibition which presents photographs stemming from the unexpected and “formed by light and by time passing inexorably”. In addition to her artistic training, Paula Franzini earned a doctorate in physics. Her body of work, which explores the subject of the urban jungle and the expression of inner impulses, is therefore in close relation with her multidisciplinary path. Her digital prints and drawings show that art and science have a “common denominator”.

Claire Lemay, who took part in the establishment of Atelier Zocalo, uses popular imagery to demonstrate how wood engraving evolved. In her digital prints, ancient etchings and graffiti share the spotlight to evoke the past and the present, and show the viewer an uncertain time, a kind of unlikely rendez-vous. 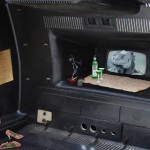 Centre d’artistes Voix Visuelle presents, from May 7 to June 14, 2011, the work of François Mathieu, sculptor, and Joan Rzadkiewicz, who works with photography and digital image processing.

There are four sculptures in Mathieu’s body of work; they are materially overflowing and try to embody pure form, the sphere. Each of these sculptures lives at the frontiers of representation, functionalism and literal meaning. Their body is unassuming; the object, a little less voluble.

Rzadkiewicz uses the outer shells of televisions and radios to compose scenarios which explore the dynamics at work in a culture shaped by electronic communications. These digital compositions present an inversion in which the spaces typically found surrounding a television set or radio, are located within. 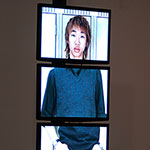 From March 12 to April 20, video art will have the place of honour at Le Centre d’artistes Voix Visuelle, as artist Suzanne Nerbonne unveils a video series that documents different time spaces.

André André is a video installation that includes five monitors placed one on top of the other, presenting one main character. He is filmed from head to toe, but shown in five different parts. The viewer’s perception of the character is thus desynchronized, the latter evolving in lasting time.

As for Casier >, it includes 12 monitors showing 12 teenagers filmed for 3 minutes in front of a locker. The artwork, projected repetitively, is seen as a complex mosaic and an original choreography, but the viewer is soon aware of the discomfort of the actors confronted by the camera. 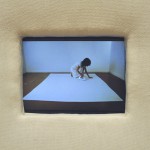 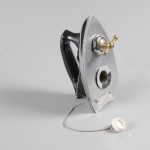 from January 15 to February 22, the work of two artists inspired by a rather

found on the soleplate of the iron, as well as the video of a performance in which

she irons a sheet on the ground. Thus, she invites the observer to reflect on the

formal components of the iron and the repetitive gesture associated with it.

On the other hand, Anne-Marie Sirois will exhibit a series of amusing sculptures

made from old irons and other unusual objects found in flea markets. Her sculptures

are the direct result of a spontaneous creative process relating to play.